The Fastest Land Animal In The World: A Comprehensive Look 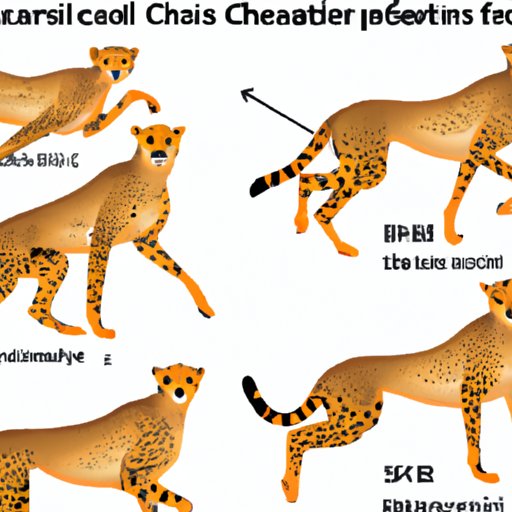 Animals have evolved to be incredibly fast and agile creatures, capable of reaching speeds that are far beyond human capability. At the top of the list of the fastest land animals in the world is the cheetah. But what makes this animal so special? What sets it apart from other fast land animals? This article will explore the anatomy, physiology, and adaptations of the cheetah, as well as its competitors, to determine why it is the fastest land animal in the world.

A Comparison of the Fastest Land Animals in the World

The cheetah (Acinonyx jubatus) is a large cat native to Africa and parts of Asia. It is the fastest land animal in the world, capable of reaching speeds of up to 75 mph (120 km/h). Its slender body is built for speed, and its long legs help it run quickly. It also has a long tail used for balance while running.

The pronghorn (Antilocapra americana) is a species of antelope found in North America. It is the second-fastest land animal in the world, with a top speed of up to 55 mph (88 km/h). Its long legs are designed for running, and its light frame helps it reach these high speeds.

The greyhound (Canis lupus familiaris) is a breed of dog that has been bred for speed. It is the third-fastest land animal in the world, capable of reaching speeds of up to 45 mph (72 km/h). Its long legs and lightweight frame help it reach such high speeds.

The ostrich (Struthio camelus) is the largest bird in the world. It is the fourth-fastest land animal in the world, with a top speed of up to 43 mph (69 km/h). Its powerful legs allow it to run at such high speeds, and its wings help it maintain its balance while running.

The wild horse (Equus ferus) is a species of horse that is found in many parts of the world. It is the fifth-fastest land animal in the world, with a top speed of up to 40 mph (64 km/h). Its long legs and powerful muscles make it an efficient runner.

The Race: Who Will Win?

In a race between the fastest land animals in the world, who would win? It depends on a number of factors, including the type of terrain, the length of the race, and the skill of the runners. For example, the cheetah may be the fastest animal over short distances, but the pronghorn could overtake it over longer distances due to its superior endurance.

A Look at the Anatomy Behind Speed

Muscles are the organs that produce movement in animals. The larger and stronger a muscle is, the more power it can generate and the faster an animal can move. Different animals have different types of muscles, which contribute to their speed. For example, the cheetah has powerful leg muscles that allow it to reach its high speeds.

Bones provide structure and support for the body, and they also play a role in movement. Longer legs give an animal more leverage when running, allowing it to move faster. The cheetah has long legs that help it reach its high speeds.

The nervous system is responsible for sending signals to the muscles, telling them when to contract and relax. Faster animals have a more efficient nervous system, allowing them to move quicker. The cheetah has an incredibly fast nervous system, which allows it to reach its top speeds.

The Science of Speed: How Animals Reach Such High Speeds

Meet the Fastest Land Animal in the World

The cheetah is the fastest land animal in the world, reaching speeds of up to 75 mph (120 km/h). It is the only living member of the genus Acinonyx, and it is the only big cat that cannot roar. The cheetah has a number of adaptations that allow it to reach such high speeds, including long legs, a light frame, and a powerful nervous system.

Other contenders for the title of fastest land animal in the world include the pronghorn, greyhound, ostrich, and wild horse. Each of these animals has its own unique set of adaptations that allow it to reach high speeds, but none can match the cheetah’s top speed.

Adaptations that Make Animals the Fastest on Earth

Animals have adapted to be the fastest creatures on earth through evolution and natural selection. Over time, animals have developed adaptations in their bodies that allow them to move faster. These adaptations include changes in body shape, such as the cheetah’s long legs, as well as changes in behavior, such as the cheetah’s sprinting technique.

Animals have also adapted to their environments in order to move faster. For example, the cheetah lives in open grasslands and savannas where it can run without obstacles. This allows it to reach its top speed more easily than if it were in a densely forested area.

This article has explored the anatomy, physiology, and adaptations of the world’s fastest land animals. We have seen how each animal has adapted to its environment in order to move faster, and we have learned about the anatomy and physiology behind speed. By understanding these factors, we can appreciate the amazing abilities of the cheetah and other fast land animals.